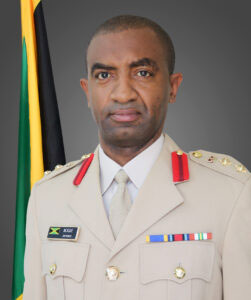 Col Bogle was also appointed the Acting Inspector General at HQ JDF where he had responsibilities for Audit, Inspections and Ceremonials. Promoted to his current rank in April 2021, Colonel Bogle assumed the post of Colonel Adjutant Quartermaster where he provides oversight and stewardship of the human and financial resources of the Force.

He is the holder of a Bachelors of Science Degree in Economics, Masters of Science (MSc) Degree in Security Conflict and International Development, National Security and Strategic Studies and Military Science.